The following KLS definition was developed by the International Classification of Sleep Disorders - Third Edition (ICSD-3, 2014)

Criteria A to E must be met

These criteria replace the following definition of 2005. 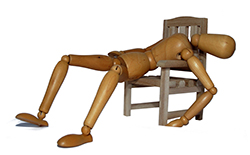 A KLS patient would have symptom A, one or more of the B symptoms, and the pattern described in C.

While the above definition captures the symptoms experienced by a vast majority of KLS cases, like with any medical condition there are atypical cases or outliers which do not fall within the classic definition. The length of episodes and period of time between episodes in some cases are known to be outside of the periods noted in this definition. The lack of a known medical test to confirm KLS, cause for its onset or its remission means that all of the information available regarding KLS is based on observations of suspected cases. Further, the rarity of illness results in a limited sample size which means that as more data is gathered it is possible that we will find that the definition and typical symptoms will shift.